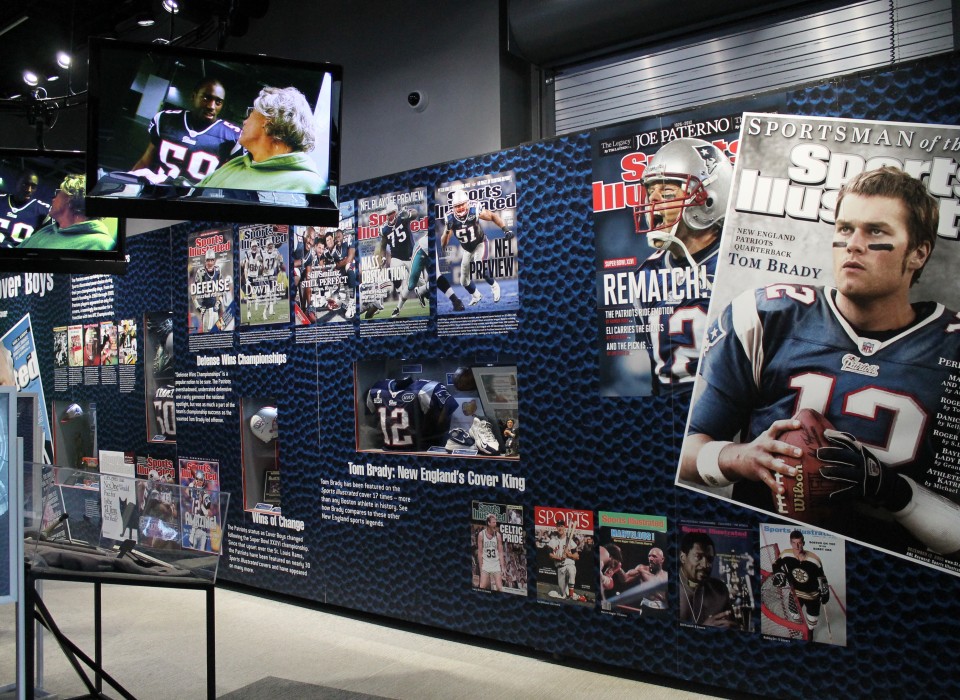 The Hall at Patriot Place presented by Raytheon opened a new STEM (science, technology, engineering, math) interactive in August titled By The Numbers, which allows guests to stand at one of two touch screen kiosks facing a 60-inch wall-mounted monitor and attempt to complete a pass or successfully kick a field goal. The user will input data such as force, spin and angles and then watch to see if they successfully completed the pass or converted the field goal.

The Hall also opened a new exhibit titled, The Cover Boys — The Patriots on the Cover of Sports Illustrated. The exhibit includes more than 50 SI cover images, including all 17 that feature quarterback Tom Brady. The first Patriot to appear on the cover was running back Jim Nance during his 1966 American Football League MVP season. Between 1966 and 2002, the Patriots were featured on the cover only four times, but have been regulars since winning their first of three Super Bowl titles on Feb. 3, 2002.  In addition to game-worn artifacts, the exhibit also features behind-the-scenes video of two SI cover shoots — one featuring the team’s 2007 linebackers — Tedy Bruschi, Rosevelt Colvin, Mike Vrabel, Junior Seau and Adalius Thomas — and the other a shoot for Brady’s Sportsman of the Year cover.

Guests visiting The Hall’s exhibit galleries on the venue’s third floor are now greeted by a renovated entrance — a new helmet tunnel that resembles the tunnel and inflatable helmet the Patriots use to enter Gillette Stadium on game day. The tunnel was installed just before the start of training camp in July and has been a popular photo spot for Hall guests.