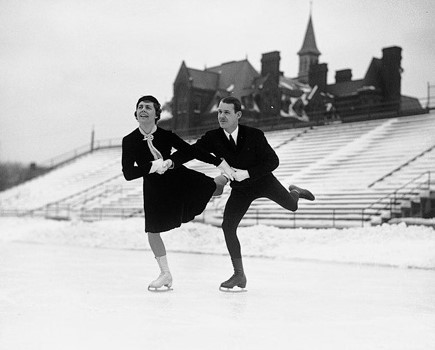 Canadian pair legends Louise Bertram and Stewart Reburn, both of Toronto, were the 1935 Canadian Pair Champions and enter the Skate Canada Hall of Fame in the athlete category. Both are deceased; Bertram passed away in 1996 at age 88 and Reburn in 1976 at age 63. They were the first pair team to skate to the music instead of using it as background, and were referred to as the “Fred Astaire and Ginger Rogers of the ice world.”

Their innovative, charming style captured audiences in both the figure skating and entertainment worlds. They competed at the 1936 Olympic Winter Games, finishing sixth, before retiring from the sport.