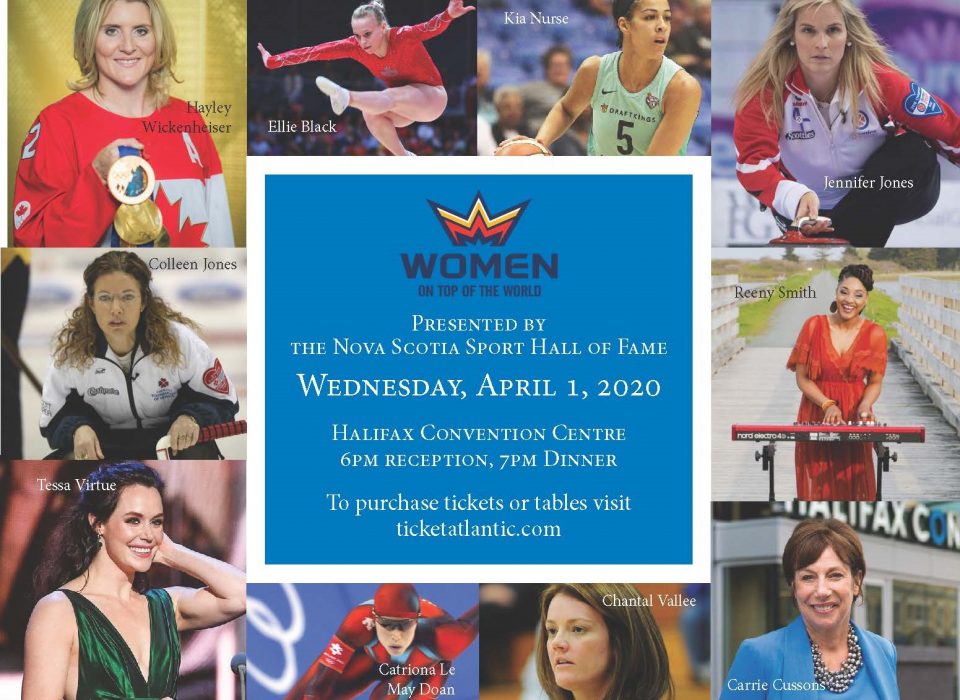 On April 1, 2020, the Nova Scotia Sport Hall of Fame will present an event featuring many of Canada’s top female athletes of all time. Titled “Women on Top of the World,” the event will help kick off the IIHF Women’s World Hockey Championship taking place in Halifax and Truro.

At a dinner gala taking place at the Halifax Convention Centre, co-hosts Bruce Rainnie and Karen Furneaux will talk with some of the country’s most influential, inspiring and iconic women. 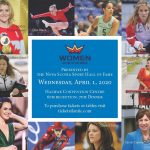 Joining this stellar line-up of women in sport will be local business woman and Events East CEO Carrie Cussons, along with a special performance by acclaimed singer, songwriter and musician Reeny Smith.

Tickets go on sale through Ticket Atlantic today, Monday, November 18. Tickets are $225 for adults and $100 for youth. To purchase individual seats or tables, go to ticketatlantic.com.

Proceeds from the event will go toward the development of a major female athlete exhibit at the Nova Scotia Sport Hall of Fame.

The Women on Top of the World event will follow a Women’s Summit event hosted by Events East on March 31, 2020 (more details to follow).

Here is more information about the Women on Top of the World head table:

Jennifer Jones is an Olympic gold medallist (with an undefeated record as skip at the 2014 Winter Games), and ties Colleen Jones for the most-ever national championship wins.

Chantal Vallee, head coach of the Hamilton Honey Badgers of the Canadian Elite Basketball League, is the first-ever woman to act as both head coach and general manager of a professional men’s team.

Catriona Le May Doan is a two-time Olympic gold medallist, five-time World Champion, and the first woman to break the 38-second barrier in the 500m speed skating event.

Kia Nurse, drafted 10th overall in the first round by the New York Liberty of the WNBA, is a Pan American gold medallist and two-time FIBA Women’s AmeriCup gold medallist.

Hayley Wickenheiser, who was a member of Canada’s women’s national ice hockey team for 23 years and captain of the team for a decade, is a four-time Olympic gold medallist, seven-time World Championship gold medallist, and the first woman to play full-time professional hockey in a position other than goalie.

Tessa Virtue is a two-time Olympic champion, three-time world champion and eight-time Canadian national champion in ice dance. She and ice dance partner Scott Moir are the longest-standing and most decorated Canadian ice dance team of all time.

Carrie Cussons is the President and CEO of Events East Group, managing the new Halifax Convention Centre, Scotiabank Centre (Atlantic Canada’s largest multi-purpose facility) and Ticket Atlantic. She is also the Chair of the 2020 IIHF Women’s World Hockey Championship and the secretary of the 2020 North American Indigenous Games.

Reeny Smith is a three-time winner of Music Nova Scotia’s African Canadian Artist of the Year award, a two-time East Coast Music Award winner, and a Top 10 finalist in the CBC Searchlight competition.

Co-host Karen Furneaux is a two-time World Champion and three-time Olympian in the sport of kayaking. She is an ambassador for the Nova Scotia Sport Hall of Fame education program and runs her own company called I Promise Performance Inc.

Co-host Bruce Rainnie is the President and CEO of the Nova Scotia Sport Hall of Fame, a long-time play-by-play commentator for Olympic sports, and the former host of CBC’s Compass program in PEI.

Learn more about the Nova Scotia Sport Hall of Fame online at nsshf.com. 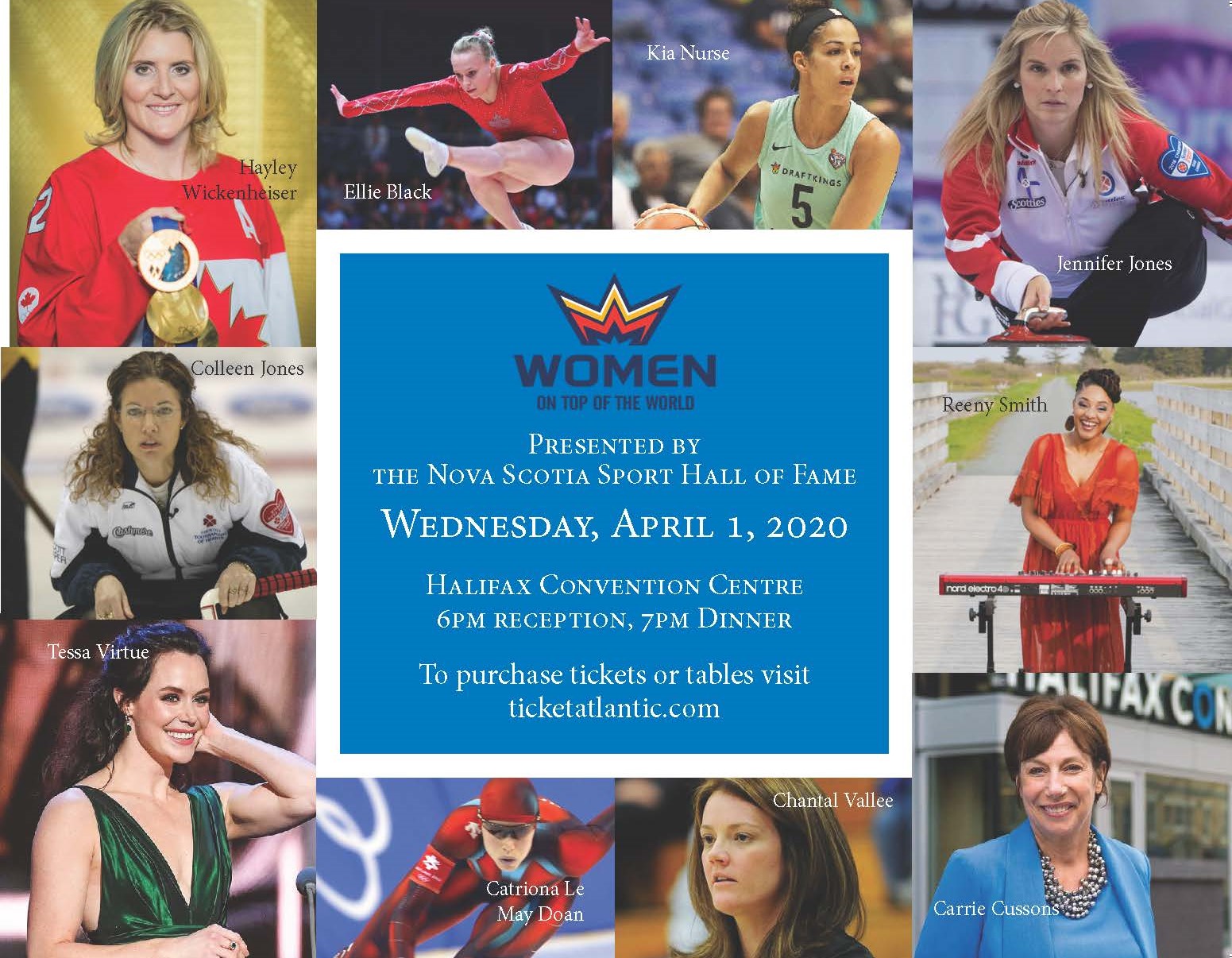