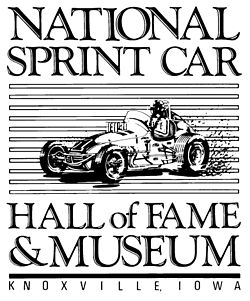 Casey’s General Stores has renewed its commitment to the National Sprint Car Hall of Fame & Museum by pledging $25,000 to the museum foundation’s “Expand the Dream” campaign. The announcement was made this week by Casey’s General Stores president & CEO Robert J. Myers and museum executive director Bob Baker. Said Bob Myers today, “Casey’s has been involved with the Museum since the very beginning and we are delighted to continue our involvement.”

According to Bob Baker, “The expression ‘since day one’ is sometimes over-used, but it definitely isn’t when referring to Casey’s commitment to the National Sprint Car Hall of Fame & Museum Foundation. They have literally been involved from the days of our non-profit incorporation and the creation of our founding board of directors back in the mid-eighties. Their involvement has not just been ‘support’
from the outside, but it has been ‘commitment’ from the inside. And, for that fact, we are truly appreciative.”

For more information on the 501(c)(3) non-profit National Sprint Car Hall of Fame & Museum Foundation and its “Expand the Dream” campaign to raise money for a brand-new storage and staging facility and for increasing its overall endowment fund, please contact executive director Bob Baker at 641-842-6176.