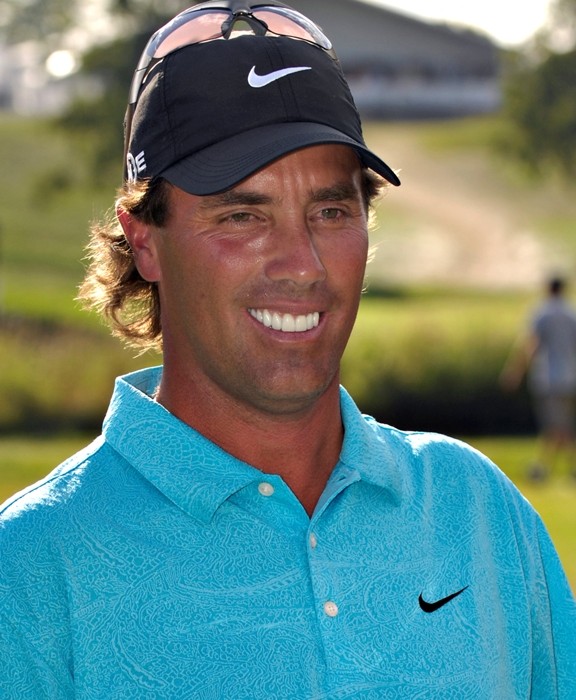 Ames, a dual citizen of Canada as well as Trinidad and Tobago is four-time winner on the PGA TOUR. With his induction in the player category, Ames will become the 74th honoured member of the Canadian Golf Hall of Fame.

Stephen Ames, 49, enters the Canadian Golf Hall of Fame as a prominent professional player, having amassed four PGA TOUR victories and over $19.5 million in career earnings.

A dual citizen of both Canada and Trinidad and Tobago, Ames resides in Calgary and began playing professionally in 1987. He is past champion of the Trinidad and Tobago Open (1989) and won his first professional title on American soil at the Pensacola Open on the Ben Hogan Tour (now the Web.com TOUR) in 1991.

Prior to playing on the PGA TOUR, Ames spent five seasons competing on the European Tour where he captured the 1994 Open V33 Grand Lyon and the Benson & Hedges International Open in 1996. He qualified for the PGA TOUR in 1997, earning exempt status for the 1998 season by finishing third at qualifying. Ames won his first PGA TOUR title in 2004 at the Cialis Western Open, defeating Steve Lowery by two strokes.

In 2006, Ames captured one of the TOUR’s marquee events, winning The Players Championship by six strokes over Retief Goosen. His victory at TPC Sawgrass was played against 48 of the top 50 players in the world and vaulted him at that time to No. 27 in the Official World Golf Rankings. Ames is also a two-time champion of the Children’s Miracle Network Classic (2007 & 2009).In major championship play he has finished inside the top-10 on six occasions with best  finish a tie for fifth at The Open Championship in 1997.