The Alberta Sports Hall of Fame and Museum hosts an annual Induction banquet in May each year in Red Deer, Alberta. More than 600 people from across the provinces and United States attend this gala event to honour Alberta’s great athletes, sport builders, pioneers, and media personnel. At this prestigious event 10 extraordinary Albertans that have made an impact on sport in our province, county and around the world are honoured. The event not only honours these great Albertans but it recognizes the importance of sport in our lives and communities.

“If you are from the Cincinnati area and played baseball at any age, you probably dreamed of playing for the Reds,” said Rick Walls, executive director of the Reds Hall of Fame & Museum. “Our new exhibit honors the 104 players whose dreams became a reality.” The exhibit includes a player mural along with a graphic map highlighting the towns in southwest Ohio, northern Kentucky and southeastern Indiana from which the Hometown Reds hailed. Visitors to the exhibit will enjoy personal recollections from some of the Hometown Reds through new video interviews that run continuously in the exhibit space. 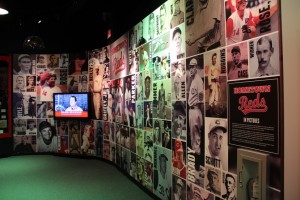 We are excited to announce that the 5 star British Golf Museum has recently received approval from the local council to build an 80 seater café on top of our iconic building.  The café will have stunning views over the Old Course and West Sands beach and will be a great place to relax.  The museum itself will undergo major refurbishment during this period and, when we reopen, will have a fresh, contemporary feel with new and exciting exhibits.

The British Golf Museum will close to the public at the end of June 2014 with a planned reopening in early May 2015. 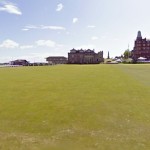 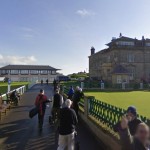 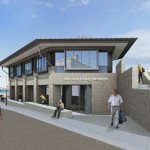