The ISHA Conference is only two weeks away, if you haven’t already, there’s still time to register and join us! The ISHA Board is looking forward to welcoming everyone to Green Bay, WI at the Green Bay Packers Hall of Fame, located in legendary Lambeau Field. We learn better together, and the Green Bay Packers Hall of Fame will be the perfect backdrop for delegates to learn best practices to help their museum grow and thrive in the future.

The digital handbook on Sched is your key to all things conference; connect with other delegates, view the full schedule of sessions and events, view a map of Lambeau Field and more. Use the link below to register for an account. Sign up with Sched

We’ve got many great sessions lined up, including starting a podcast, empowering women and girls through sport, brand and fan engagement and more! We’ll explore the Packers Heritage Trail and several local breweries on our pre-conference trip and cap off the conference with An Evening of Champions Banquet at Rockwood Terrace.

See you in Green Bay!

We’re getting excited for the ISHA Conference at the Green Bay Packers Hall of Fame from September 27-29, 2022! If you haven’t already registered for the conference, make sure to do so by August 26th before conference rates go up.

The Green Bay Packers Hall of Fame, located in legendary Lambeau Field, is home to over a century of football history. Through immersive exhibits, high tech interactives, and a treasure trove of artifacts, the museum celebrates one of the most historic franchises in the National Football League. The Hall of Fame explores the legacies of some of the league’s most infamous players and coaches, honors great moments and memorable games, and details the unique structure of the Packers organization and its relationship with the community. The Green Bay Packers Hall of Fame will be the perfect backdrop for delegates to learn best practices to help their museum grow and thrive in the future.

The ISHA annual conference is seeking proposals for conference sessions.

Do you have a project, story or educational topic that you think would be great for the conference? If so, click here to submit your proposal today.

Below are the results of the 2021 Industry Survey sent out earlier this year. We had 26 responses in all, providing a glimpse into the state of the sports heritage industry within the ISHA Membership.

If you have any questions on this or other surveys, please feel free to reach out!

The International Sports Heritage Association (ISHA) announced during its virtual conference last week that a new Executive Administrator was hired for the association. The previous Executive Director, Karen Bednarski, announced she was stepping down to pursue other interests this past summer. After an exhaustive search by the executives on the board, we are happy to announce the hiring of Shane Mailman.

“We would like to thank Karen for her experience and support over the last 16 years.” said Dana Hart, ISHA President, “Karen has given ISHA a solid foundation and we are confident that Shane will do a wonderful job in continuing that success.”

Shane Mailman has been in the sport heritage industry for over half of his life. Living in Nova Scotia, Canada, Shane is currently the Director of Programs and Operations at the Nova Scotia Sport Hall of Fame. He has been with the NSSHF for 24 years and has been involved in all aspects of the organization including management of the facility, museum, collections, programming, fundraising, event planning, and more. Shane has served on the ISHA board for the past three years and is the current president of the Canadian Association for Sport Heritage and has a long history working with boards and not-for-profits. Shane has stepped down from serving the ISHA board to serve as the associations Executive Administrator effective immediately.

With a passion for sport and preserving its history, Shane would like to share that he is, “excited to start this position with ISHA and continue to grow the organization. Karen Bednarski and the ISHA board have done a fantastic job over decades making ISHA the number one sport heritage organization in the world. To be involved in continuing this tradition, to work with and meet so many like-minded people, and to have members that are connected to some of the greatest sport franchises, moments, and athletes of all time, is truly an honor. I look forward to working with all of you and I can’t wait to get started!”

Shane Mailman can be reached at [email protected] for any of your ISHA needs. 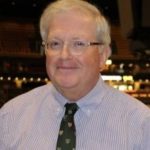 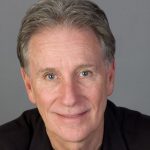